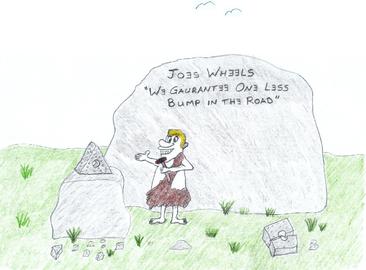 "Less Is Not Always Better"

Seismic reviews of existing buildings originally only addressed the potential risk to life-safety (i.e. collapse) as the buildings were generally compared to current building code requirements. However, due to the need for understanding the potential losses associated with a building, crude loss estimation techniques were developed in the 1970’s. Additional methods for estimating seismic losses were developed in the 1980’s (ATC-13) and continue to be developed and refined today.

Along the way, the term Probable Maximum Loss (or PML) came into use, but had many different definitions based on the risk tolerance of various lenders and owners. Other entities, recognizing the need to limit seismic risk while remaining competitive also adopted “PML” policies which were less defined. Various engineering firms then added to the confusion by promoting different standards and nomenclature, as well as using the term Probable Maximum Loss without providing a definition.  The lack of a precise definition resulted in confusion in the industry and lack of any “standards”.

In 1999, ASTM E2026 “The Standard Guide for Seismic Risk Assessment of Buildings” was produced in order to “standardize” the nomenclature for seismic loss estimation, as well as establish some guidelines as to the level of review and qualifications of the reviewer. The document was updated in 2007. The ASTM document recommends the discontinued use of the term Probable Maximum Loss (PML), and the use of new nomenclature: Scenario Expected Loss (SEL), Scenario Upper Loss (SUL), and Probable Loss (PL).  While the new nomenclature is now widely used for defining seismic risk, the term PML is still widely used as a generic term.

The ASTM E2026 guidelines specify four "levels" of review, designated as Level 0 through 3. Level 0 is a desktop review, where the reviewer may not even visit the site, while Level 3 is extremely in-depth. Requirements for the scope of work and qualifications of reviewer are provided within the document and are further outlined at www.cccengr.com/Seismic_Report . The guidelines also require two major items to be addressed; loss estimation and building stability. In current practice, many Probable Maximum Loss reports are not compliant with the ASTM Standards as they provide loss estimation values, but do not address building stability (i.e. collapse potential).

The latest Standard updates,  ASTM E2026-16a and E2557-16a in effect. The updates to the Guidelines were targeted to tightening the standards to require low end providers to produce higher quality reviews. Significant changes in the updated Standards are (1) minimum requirements for field assessors, (2) better definition on level of effort to determine building stability (i.e. collapse), and (3) better reporting requirements so that clients can easily determine the level of review performed and the qualifications of those providing the review.  Cascade Crest Consulting Engineers is proud to have proposed these changes within the ASTM committee.  These changes do not have any significant affect on those firms that provide quality services.